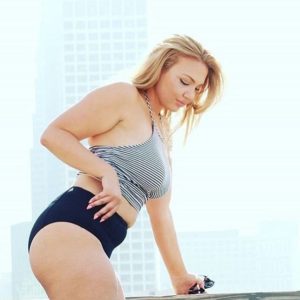 That’s it? Four bites of the $42.00 dinner I am paying for and she was done. Did she want a doggie bag?Nope. Do the women I date do this because they think it will impress me on some level? I have no idea, but it’snot working.

For years I sought after the same women every other guy I knew went after. We all chased the model-thin girls. You know the type. Skinny, tall and slightly bored-looking. The ones that are so used to having their dates take care of the checks that they no longer manage to eek out a polite “thank you” when the evening comes to an end. My “type” was impressive to be seen with, but I’d go home after these dates and realize I didn’t have fun.

Like most millennials, the Internet was my go-to for finding dates. Scrolling through hundreds, sometimes thousands of the same “types” after another lousy evening out, I started thinking that I needed to change things up. I started looking harder at the girls that I had rejected in the past. I read their profiles and there seemed to be something there, something that was lacking in the women I had been dating. Something real and funny and warm. It’s not that anything was really wrong with my skinny dates, but there didn’t seem to be much effort on their parts, and I wanted that. A lot.

I’m not without my own hang-ups, and I had to do a little soul searching before asking out any of the girls I’drecently met online. I wondered if my friends would give me a hard time? Call me a chubby chaser? My other fear was how intimacy would be with a big girl …would she be timid, self-conscious, or worse yet, would I be turned off? I found myself looking at BBW’s more and being intrigued by the softness and curves of their bodies. I found myself wanting to know more so I leaped into the world of men who love big women.

We’d been texting for a few weeks before we met. She would write things that would have me laughing so hard that strangers would stare at me. It got pretty flirtatious and my fears of falling for a woman who would be shy about her body dissipated. l was beyond excited about this girl. In person, she was more than I had hoped for. She was present and interested. She wanted to know about me which never happened before.Turns out, she’s the one. All I had to do was open my eyes and heart. I am a man that loves a BBW, who, at the end of the day is just a woman. What defines her is her heart, and I am lucky that it belongs to me.